Talk description:
Art museums are one of the main custodians, promoters and researchers of contemporary visual culture. As such, their exhibitions reflect who we currently are as a society: they display our present values, our aspirations and our limitations. This lecture aims to bring about a reflection on the challenges of dealing with this “highly flammable" material, whilst trying to engage audiences, surviving social media and navigating culture wars. Issues of political neutrality, and the potential of museum displays to encourage a reconsideration of our current aesthetic values will be central to the debate.

SHORT BIO:
Laia Anguix is a Postdoctoral Research Fellow at Trnava University (Slovakia), where she lectures on curatorial practices. Her research focuses on museum history, with particular interests in British art galleries, and gender within the curatorial profession. Some of her most recent publications feature an analysis of the impact of design exhibitions in post-war Newcastle (Journal of Design History, 2020) and a study of current gender policies at the Prado Museum in Madrid (Novecento Transnazionale, 2021). Forthcoming projects include a contribution to the exhibition catalogue of 'Uncommon Power': Lucy and Catherine Madox Brown (Watts Art Gallery, Guildford, UK) and a Paul Mellon- funded project on the revival of the Romantic British artist John Martin during the post-war years.
Estetické fórum
---
​
​Aesthetics Forum with Alessandro Bertinetto (Italy). Photographic Improvisation

---
American Architecture. Between Halloween and Thanksgiving

Abstract:
In an increasingly globalist culture, is there an “American” architecture? If so, would it be based on projects in America, or designed by American architects but built in Texas, China, Bratislava, and/or the Arctic? What would make it “American”? Is there an American way of discerning situation and possibility/opportunity that is unique?
The current season of Fall or Autumn in America is marked by two important holidays: one an official Federal [national government] Holiday of Thanksgiving, originated in American circumstance, and the other a less formally recognized but culturally important one of Halloween, that has its origins back to Celtic Europe. Thanksgiving marks the survival of Puritan colonists in the 17th century with their first harvest, shared with gifts of food by the Indigenous Peoples of the region. Halloween, or “All Hallows Eve” is a day and evening of parties, costumes and a certain fascination with the dead and even horror. Each involves different modes and places for participation, a hedonistic immediacy, and a gap of space and time for a certain pause and suspension of belief apart from the commonplace.
The evolutions of each holiday offer metaphors for reviewing contemporary architectural and urban space production. The talk will be illustrated by examples suggesting positive and negative affective influences of the sublime [Halloween]. The difficulties with production of 'official' narratives that reduce architecture to style [Thanksgiving] will be countered by the linking of aesthetics to emerging realities such as intergenerational ethics and regenerative ecological thinking.

© Image by Michael Lucas: An American Encounter with the Baroque, Karlskirche, Vienna, Austria, 2019.

Abstract:
The aim of this talk is to propose an aesthetic analysis of the collision between public and private space in contemporary post-Soviet cities. By examining the case of streets, courtyards, buildings and public art in Kyiv, I suggest that Kyiv cityscape suffers from a form of fragmentation, which results exactly from this collision. This can be seen in the facades of buildings, the composition of signboards, the cluttered sidewalks, the numbers of cars, the mania of shopping malls, the visual and sound pollution of the city, and the presence of ‘private art’ in public spaces.
In the talk, different approaches to the aesthetic and interdisciplinary investigation of these phenomena will be considered, including strategies coming from environmental aesthetics (such as the cognitive approach proposed by A. Carlson, P. von Bonsdorff, et al., the so-called engagement approach advocated by A. Berleant, N. Blanc, et al., the somaesthetic approach supported by R. Shusterman, D. Macauley, et al.); the concept of heterotopia and its aesthetic interpretation within ‘post-civil societies’ (for example in Michel Foucault, Henri Lefebvre, Michel de Certeau, Lieven de Cauter, Michiel Dehaene, Clement Orillard, et al.); and the phenomenology of urban places (as one can find in M. Heidegger, E. Relph, V. Vihanninjoki, et al.).
I will focus particularly on the engagement approach by relying on the notions of urban landscape as a socio-spatial structure; the experience of the city as an aesthetic environment in its continuity, interaction and diversity; and the theme of bodily engagement as regards specifically the practice of walking in the city. Special attention will be paid to the historical and cultural references fo this discussion such as for example the concepts of public and private in political philosophy (Aristotle and H. Arendt) and the cultural and political legacy of urbanism and the ideology of the USSR.

---
Past events:
​
To See or Not to See, This is Not the Question:
A Speculative Realist Account of Beauty
Online lecture by dr. Swantje Martach

ABSTRACT
The present lecture is a speculative realist approach to the question: What is beauty?, and as such consists of two parts. First I will provide a realist claim, namely that aesthetic perception only changes the reality of the perceiver (who is pleased, repelled, enjoys, feels disgust), but it does not necessarily affect the reality of the perceived. The reality of e.g. a flower is not (directly) altered by me finding it beautiful. If beauty is not constituted in perception, hence if beauty does not lie “in the eye of the beholder“, this gives rise to the thought that beauty also exists aside from perception, hence that there are unseen yet real beauties.

And this leads me to the second part of this lecture, in which I will elaborate a speculative method in order to approach meanwhile preserve these beauties in their being-unseen. I argue for speculation as the suitable method for the present undertaking, because if we would merely detect hitherto unseen beauties, they would, by this precise action, be turned into seen beauties. Instead of bluntly pointing them out, we thus need to respectfully narrate them in their fleeting, or else, to treasure them in their treacheries. Only in this manner can we not only prove the mere fact of their existence as “hidden“ beauties, but can crucially witness them in their hiding. 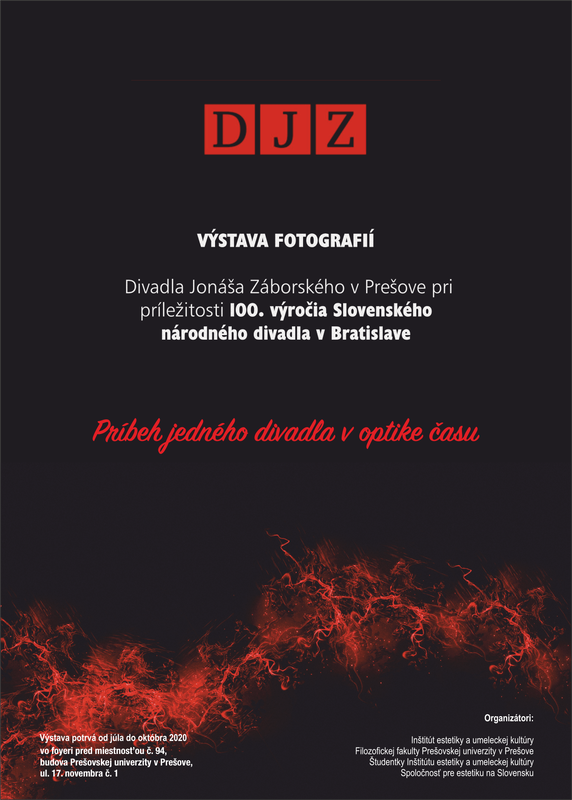 Aktuálna konferenčná výzva
(please, scroll down for and English version of the current CFP):

Coordinates of Aesthetics, Art and Culture 6:
Art, Aesthetics, and the Philosophy of Everyday Life

The Society for Aesthetics in Slovakia is pleased to announce its sixth conference Coordinates of Aesthetics, Art and Culture. Submissions are invited in all areas related to the aesthetics and philosophy of everyday life. Throughout the 20th century, aesthetics underwent a series of transformations resulting in an extension of its scope far beyond the field of art (Mukařovský 1936). Phenomena that seemed marginal from an art-centered viewpoint started to draw the attention of scholars and aestheticians. The relationship between art aesthetics and aesthetics beyond art, center aesthetics and peripheral aesthetics, high-art aesthetics and low-art aesthetics gained growing relevance, arousing fruitful interdisciplinary discussion. Investigations into the different dimensions of the rapport between philosophy and everyday life (ed. Andreánsky, 2004) also led to the development of a so-called “aesthetics of existence” (Suvák, 2007; Sisáková, 2016, 2017). 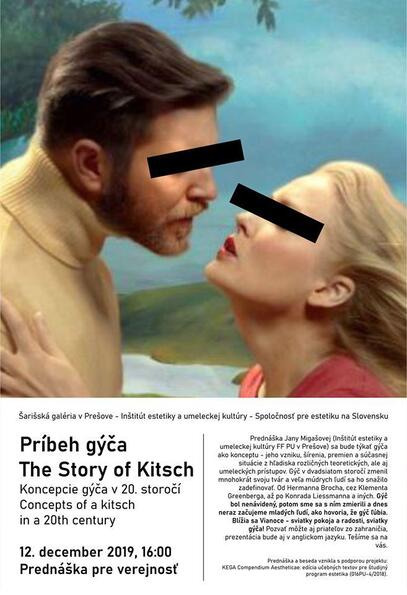 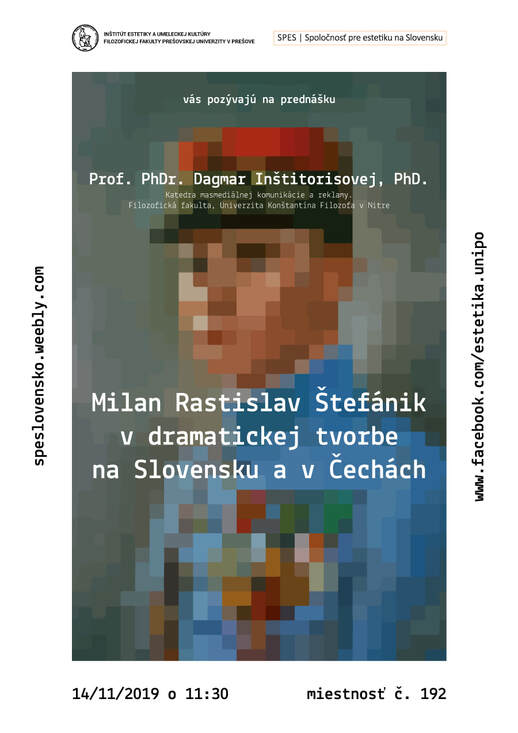 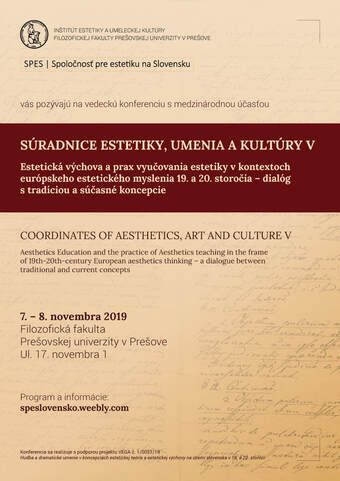 CALL FOR PARTICIPATION
Faculty of Arts of University of Presov, Institute of Aesthetics and Art Culture
& Society for Aesthetics in Slovakia
INVITES YOU TO THE SCIENTIFIC CONFERENCE:

COORDINATES OF AESTHETICS, ART, AND CULTURE V
Presov, November 7th – 8th, 2019
Aesthetics Education and the practice of Aesthetics teaching in the frame of 19th -20th century European aesthetics thinking –
a dialogue between traditional and current concepts
* Call for participation and application form is below. 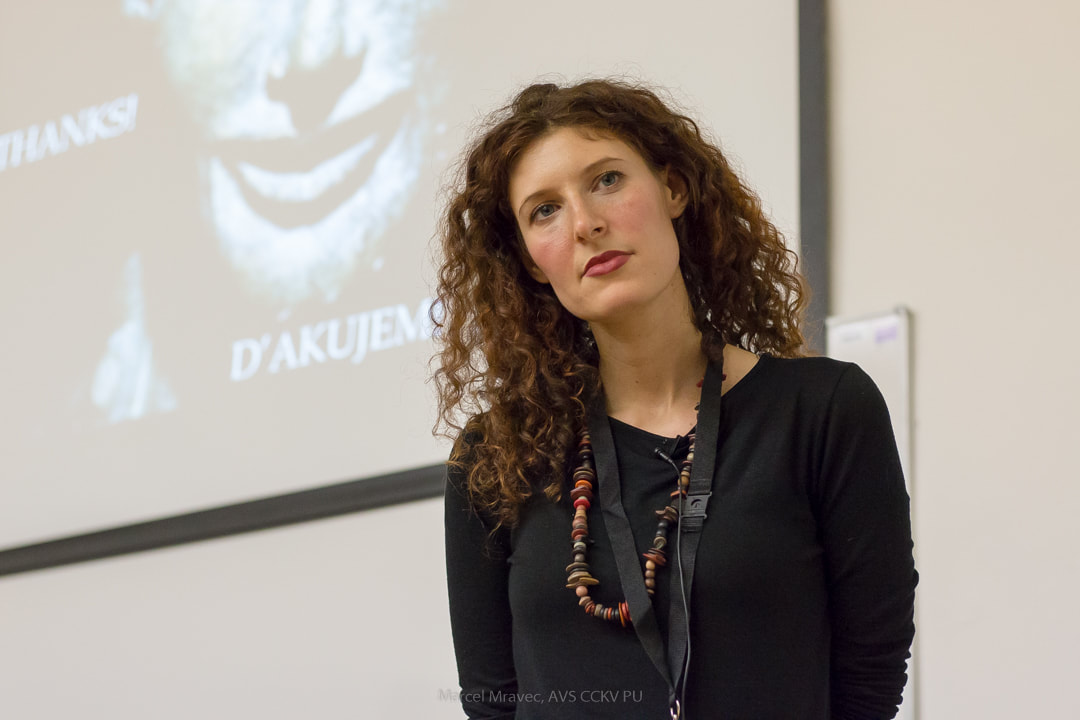 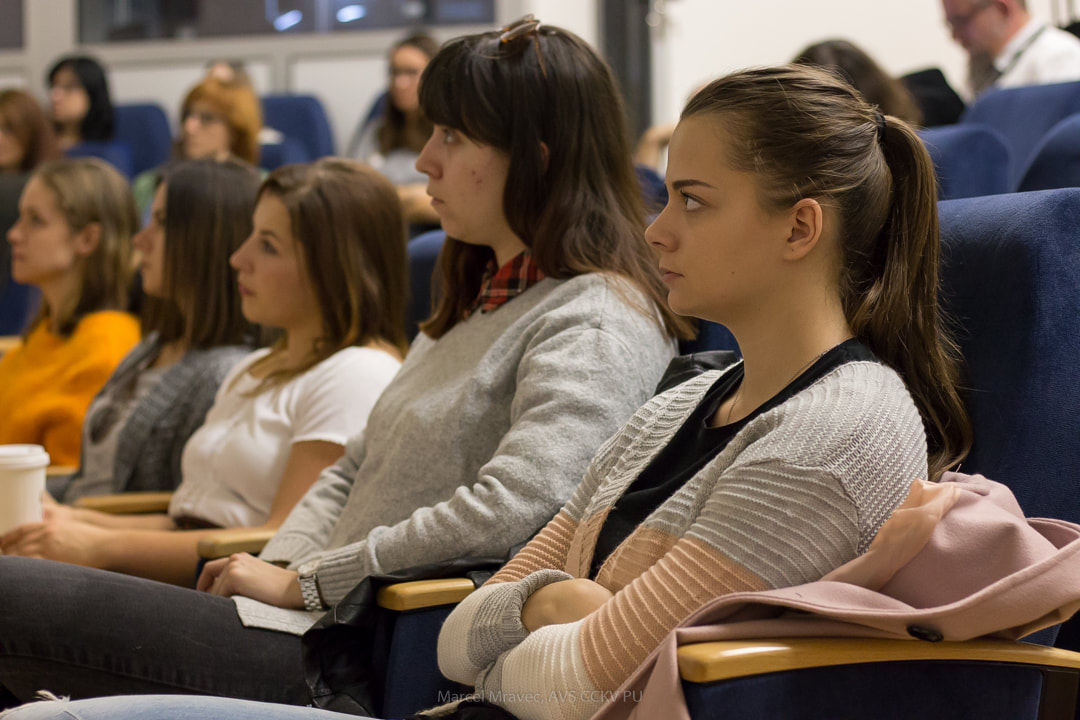 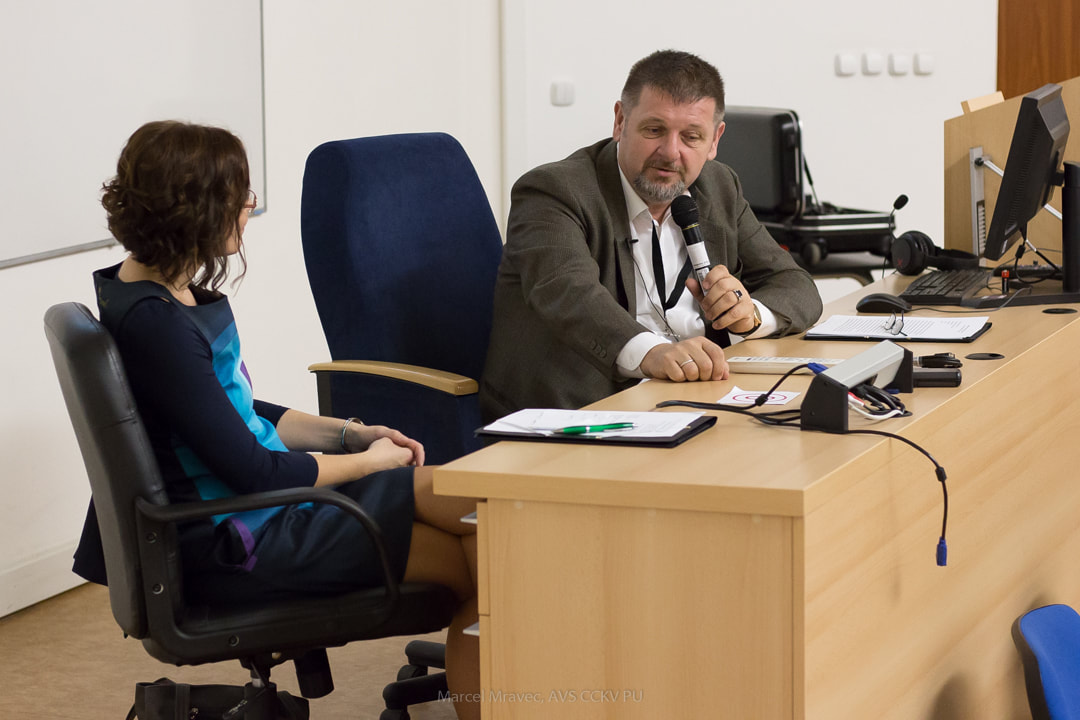 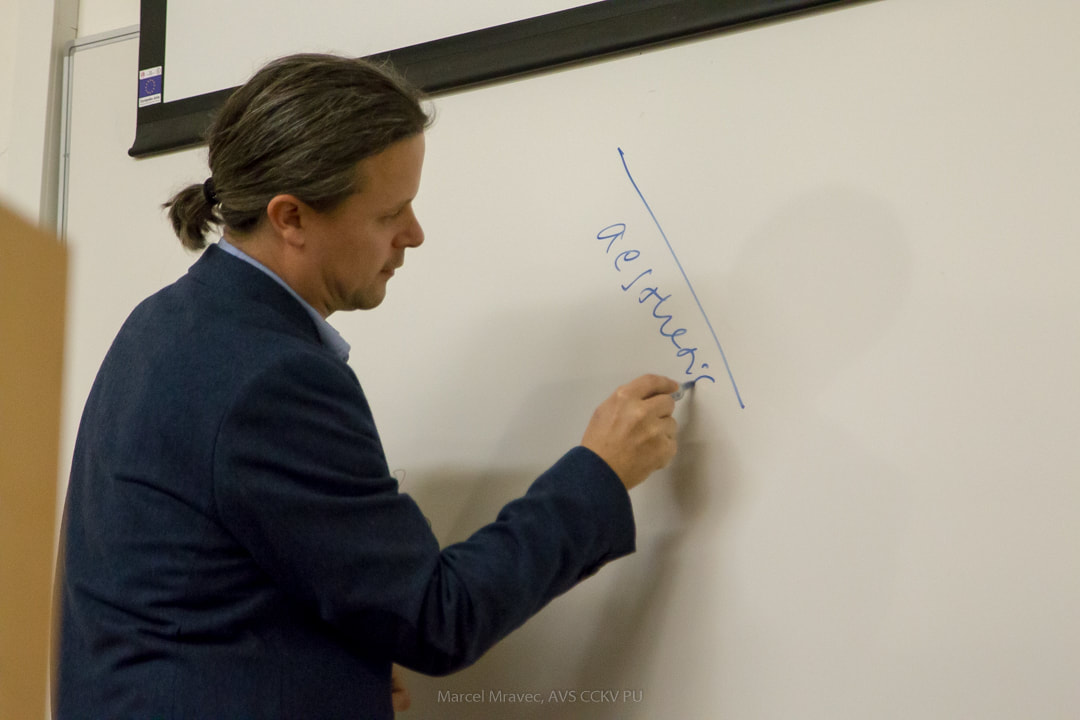 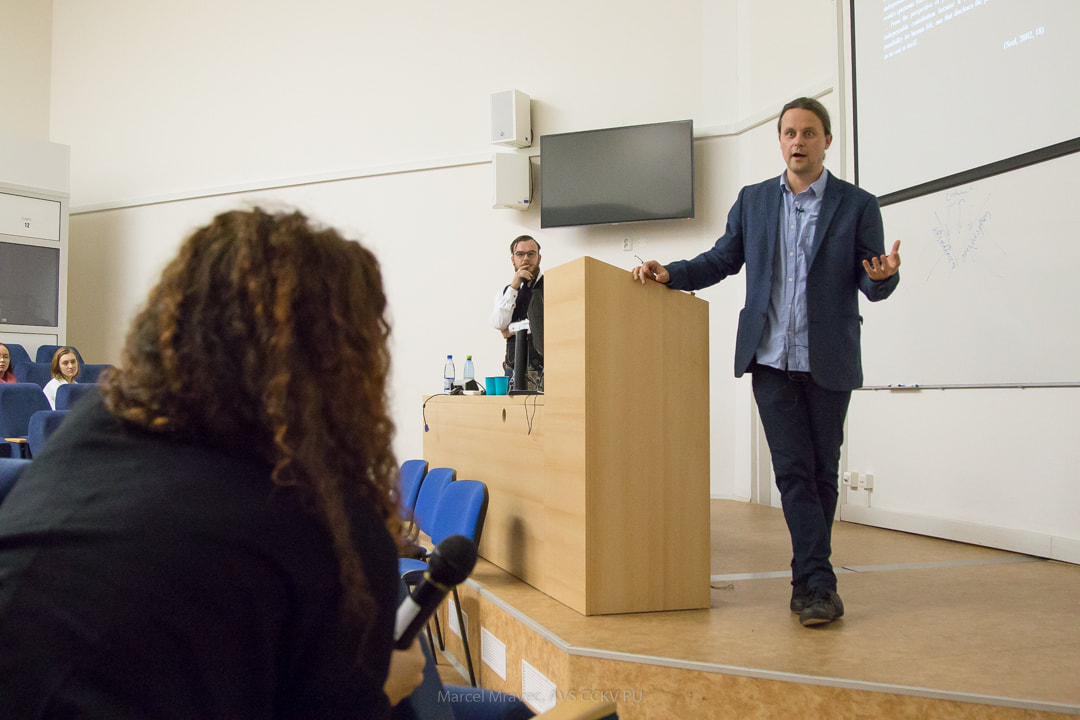 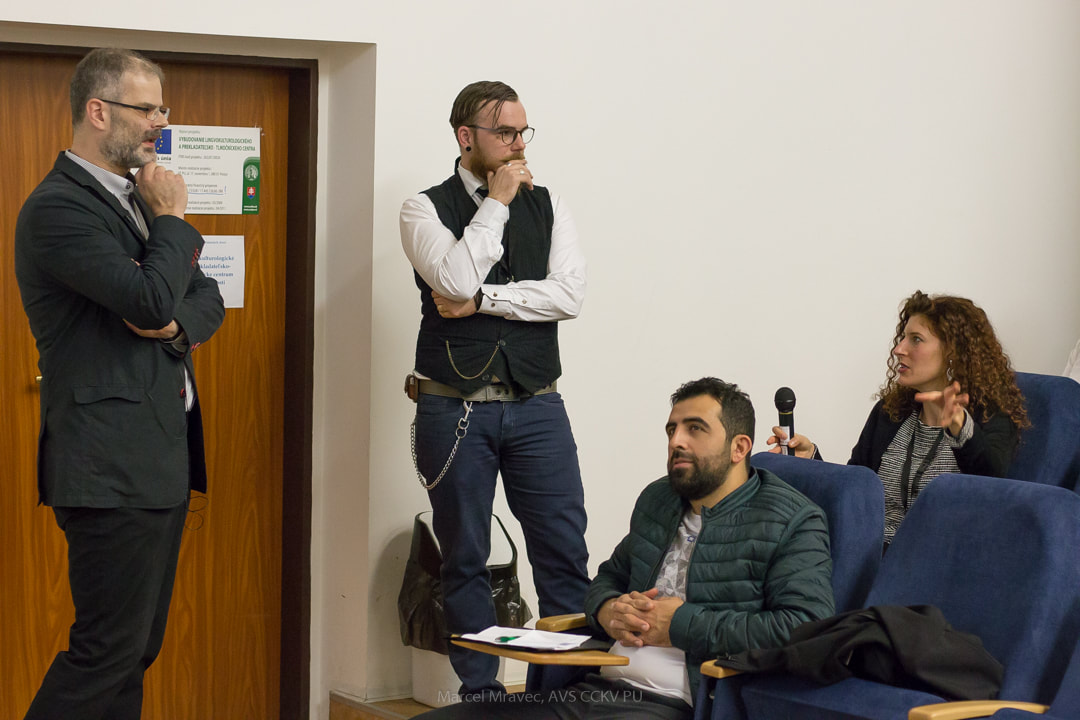 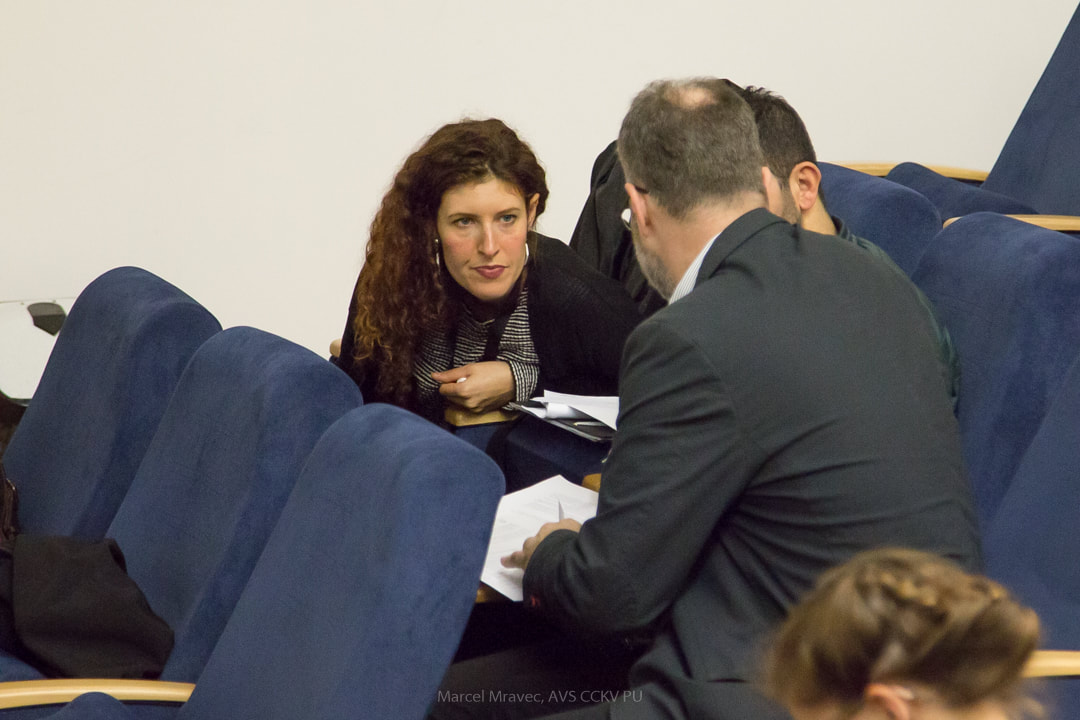 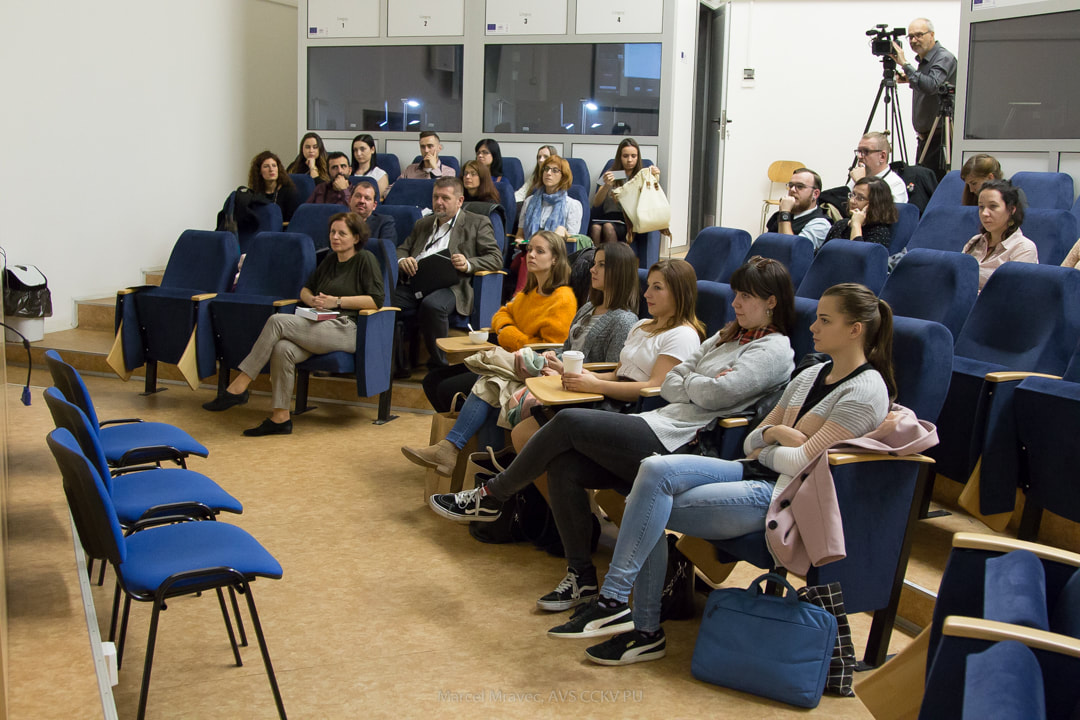 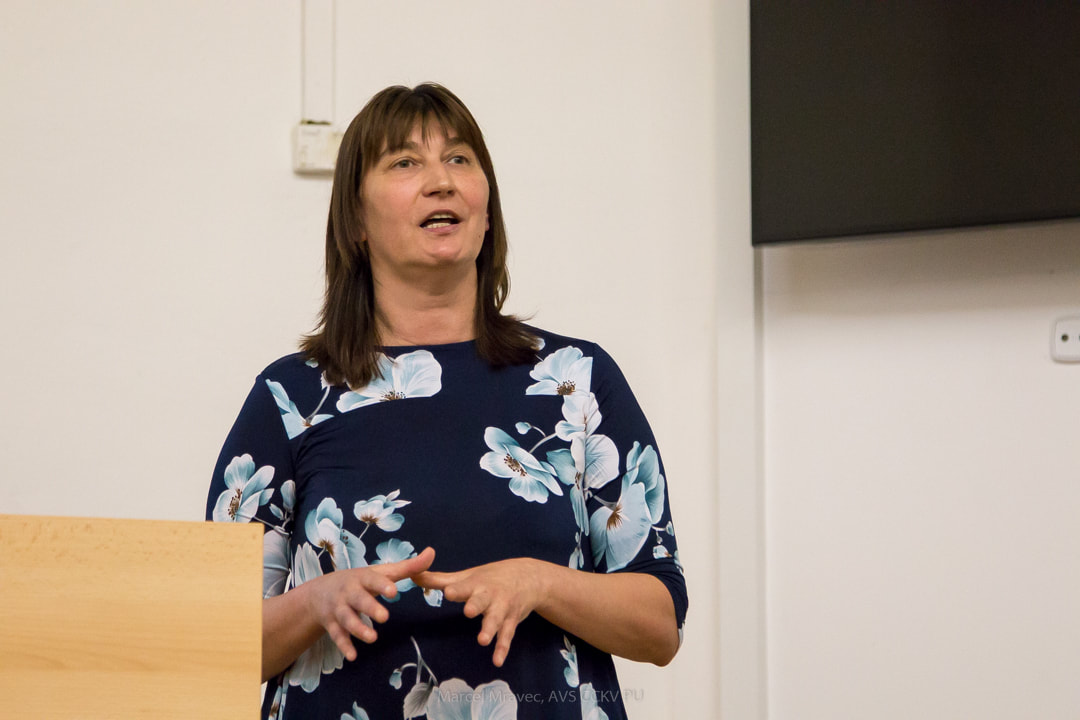 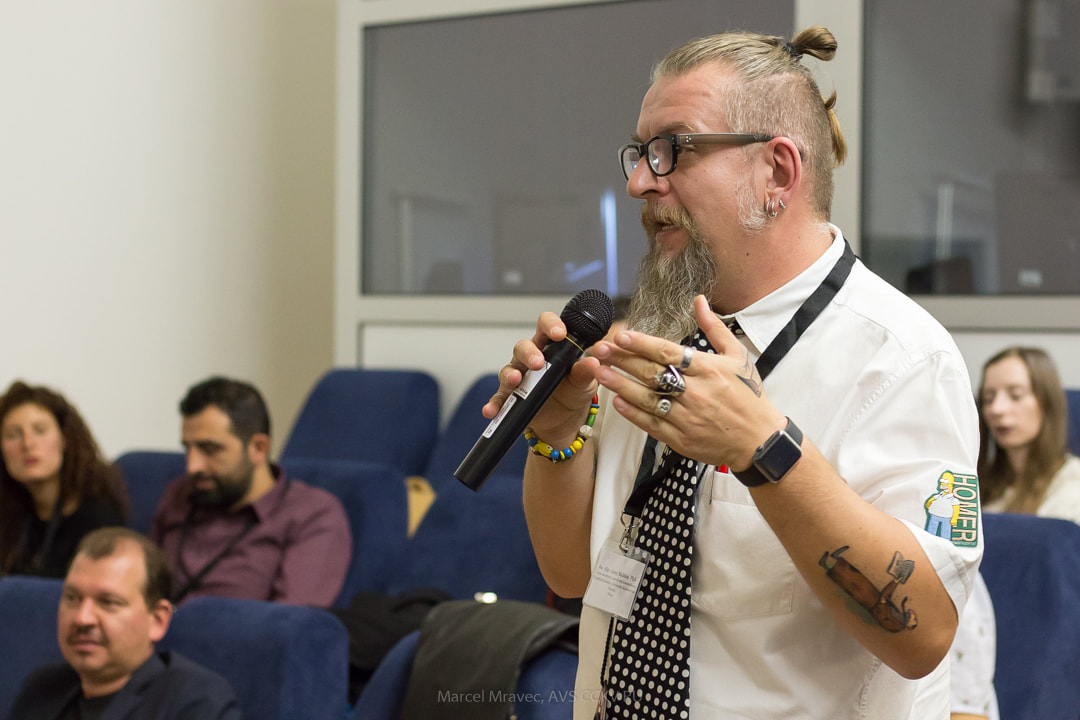 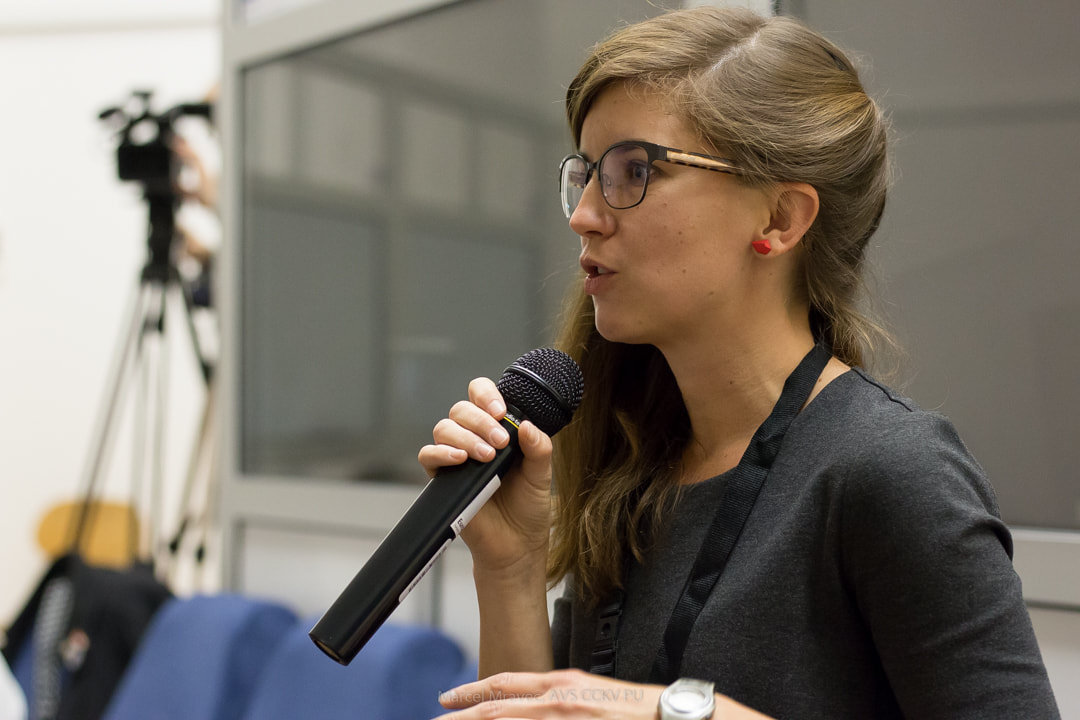 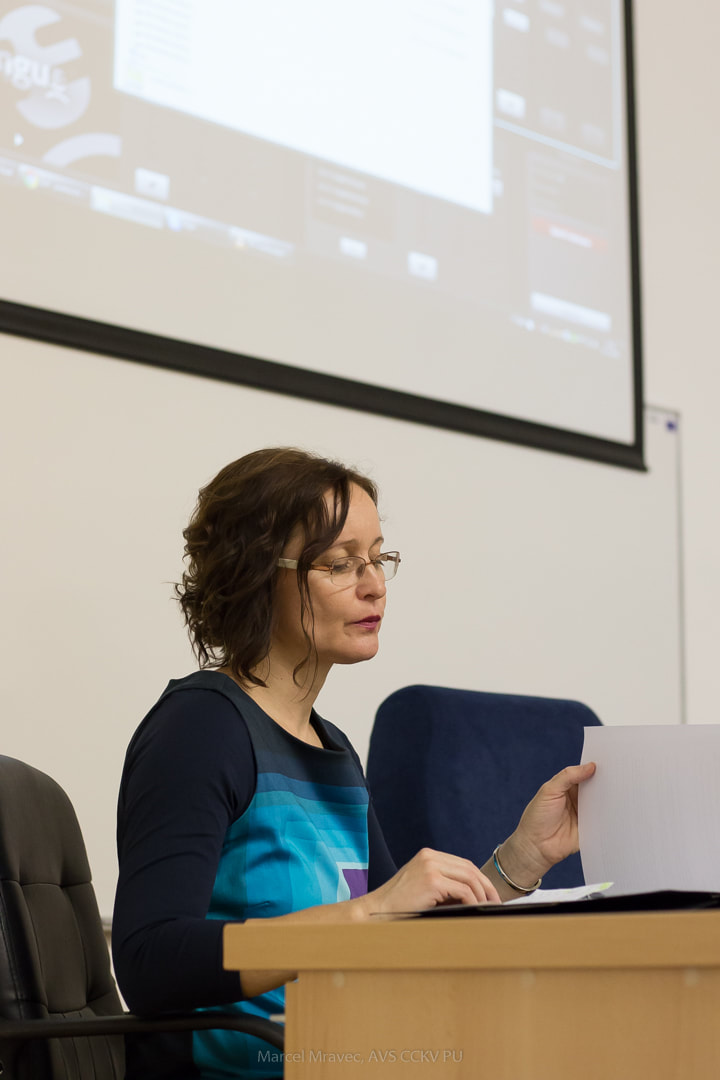 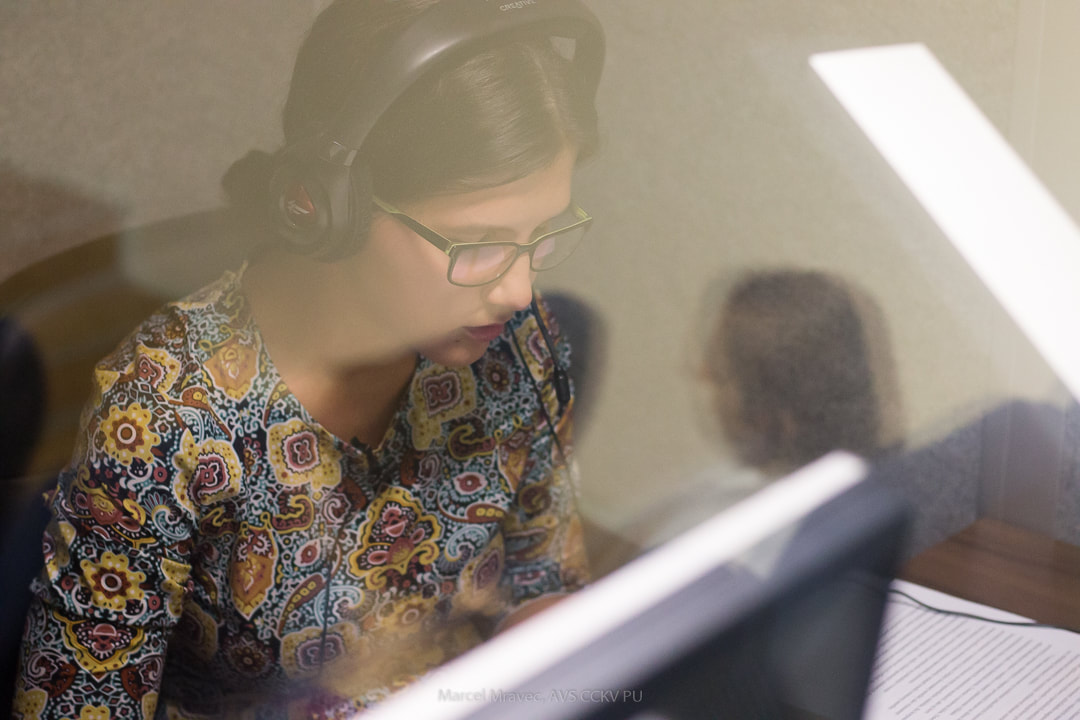 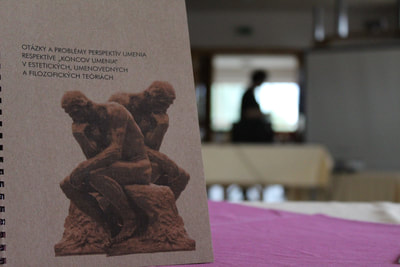